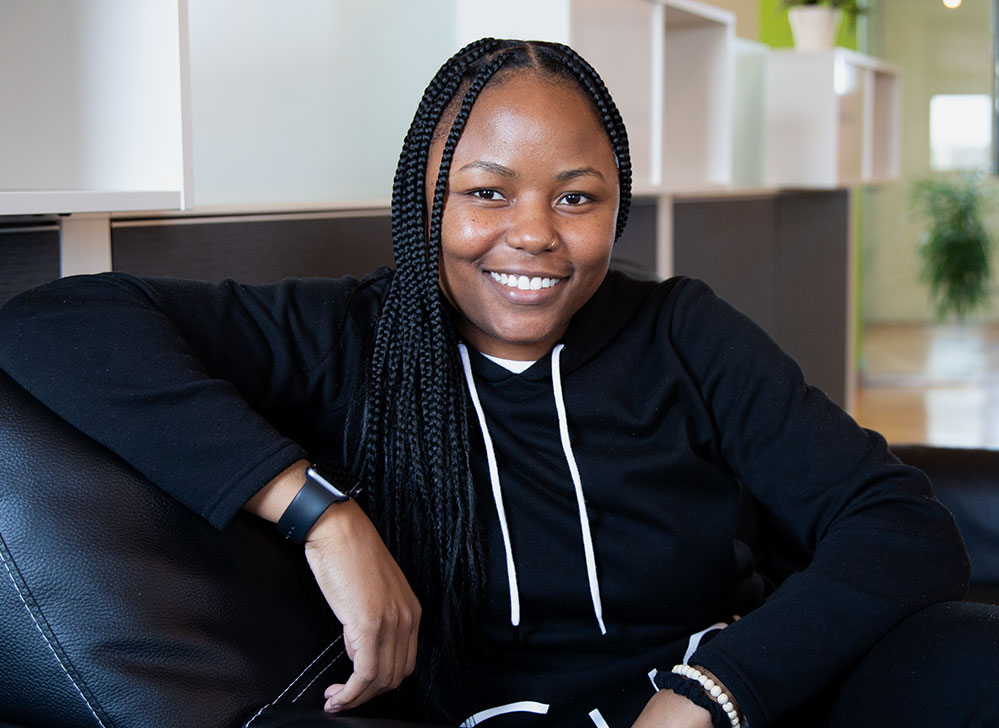 Jasmine is clearly the favorite here at Make & Model. Ever since her arrival we have found many more lunch choices and the weather has been nice and consistent. Someone even won $10,000 from a $5 scratch-off because she touched the ticket. We plan to make her watch every Browns game so that they can finally start winning again.

Despite the time where a car plowed into numerous other cars for about 2 blocks, we strongly believe that accident would not have happened had they’d known she was in a nearby building. There was also a dead baby bird on the sidewalk one day after work — she touched it and it came back to life…unbelievable.